The Canadian government’s support of Neil Bantleman has been “extremely helpful” after the shocking twist in Indonesia’s legal case against the school teacher from Burlington, Ont., his wife Tracy said  on Sunday.

“What the Canadian government has done in terms of support for Neil — making the statement and having ministers speak out on his behalf — is extremely helpful here in Jakarta and allows the embassy to move fully forward and engage at the highest levels with all the diplomatic tools that they have to find a speedy and just resolution,” she said in an interview with CBC News.

Foreign Affairs Minister Stéphane Dion said Thursday the government “is deeply dismayed and shocked” by an Indonesian Supreme Court decision to overturn Bantleman’s acquittal and add another year to his sentence, on allegations that he sexually abused three children at a private school in Jakarta.

It was the strongest show of public support the government has extended since Bantleman was arrested in 2014.

“This decision is unjust, given the many grave irregularities throughout the various proceedings in this case and the fact that all evidence presented by the defence has systematically been rejected,” Dion said in the statement.

“It is true that Indonesia needs to rectify the decision. It is an absolute outrage,” she said. 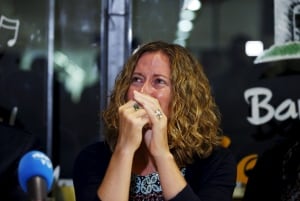 The two were originally sentenced to 10 years in jail, but were acquitted by the Jakarta High Court in August 2015 after nearly a year behind bars and released.
The high court  on Thursday ordered both men rearrested and increased their sentences to 11 years. There is an option of a judicial review, and Bantleman and his advocates will be asking for that — hoping to introduce new evidence uncovered by a CBC  fifth estate investigation into the case.

The program talked to an infectious disease specialist in Toronto and showed him the results of lab tests done on one of the boys for herpes. He said the results, suggesting the boy may have been exposed to the herpes virus, were not reliable and would never stand up in a Canadian court.

The results of a second test the boy’s mother ordered, in Europe, came back negative for herpes.

The fifth estate said the woman, who sparked the investigation at the school agreed to get one more independent test done in Europe. The specialist who looked at the results said that test, too, came back negative, “which is the confirmation that this child has never been exposed to herpes.”

Tracy Bantleman said she last spoke to her husband when he was taken from her at the airport, “when he returned willingly to Jakarta
[from Bali] on late  Thursday night,  Friday morning.”

She said she urged him to remain strong and calm as he was ordered to return to Cipinang Prison, the same prison in eastern Jakarta where Tjiong was incarcerated on Thursday.

“In a situation like this, you know, you have to use every little bit of resilience and diplomacy to hold your head high in the face of injustice,” she said.